Finish Him! — Paying off the last bit of debt 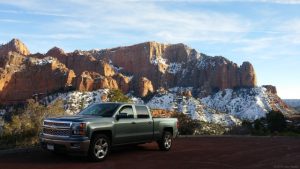 It’s been a year since we started aggressively attacking our debt. The first to go was the car loan with an 8+% interest rate, and it was an obvious choice. Just by paying that off early, we’ve saved more in interest fees than we would have earned on that same cash in a savings account. Since we started seriously trying to kill our debt, we’ve gone on to also pay off Alex’s student loans and finished paying for the new windows in our home. That brings me to the topic of this posting: the last bit of debt, which is my truck payment. Over the past 10 months, I have been aggressively attacking that loan by throwing as much cash at it each month as I could without feeling like I didn’t have enough emergency cash available. The interest rate on the loan is only 1.75%, so I’m not saving an extreme amount of money by paying this off early, but it does add up. My agreed upon payment for the loan was $501 per month, and in the grand scheme of things this is quite ridiculous. Nobody should really be paying that much money towards a motorized couch, but when I first got into the loan, I had yet to see the light of mustachianism. The truck is worth significantly less than it cost to purchase back in 2014, of course, but it is still worth more than I owe on it. When I started killing debt, I seriously considered selling the truck and buying something smaller, but in the end it didn’t make sense to take such a big hit. I plan for the truck to be around for a long, long time, and it will come in handy a lot more once we move out to the boonies of Utah. In the interim, it’s a very comfortable way to get to and from the lake with the jet skis. 🙂 Getting back to the topic at hand, I am just a month or two away from paying the loan off. When this is done, Alex and I will be debt free! While technically our mortgage is debt as well, I am less concerned about it, as the house we are in is worth way more than we owe on it. Even if there is a huge downturn, I feel confident that it will hold enough value to turn a profit by the time we get ready to sell it in a few years. We need somewhere to live, debt free or not, so I don’t consider it bad debt, but just a savings account with a less-than-stellar return.

Once we are debt free, I do not plan on going back to stupid spending. I have some projects I want to get done around the house, which I’ve been putting off until I had leftover cash each month. Mostly those projects are things that will make the house worth more when we go to sell it, so they’re more like investments than just fun projects. I will admit there are a few fun projects brewing in my head as well. Additionally, I want to start finding better ways to invest my money. I have been experimenting with a few things, like money market accounts and trying out Lending Club to see if they make me any significant amounts of money. While I am not losing money on the accounts, unfortunately they do not generate the 3-5% interest I’d like to see to stay ahead of inflation and also keeping the money growing.

I’m so ready to deliver the knock-out blow and finish our debt for good!

« Refinancing our future
One Year of Biking to Work »